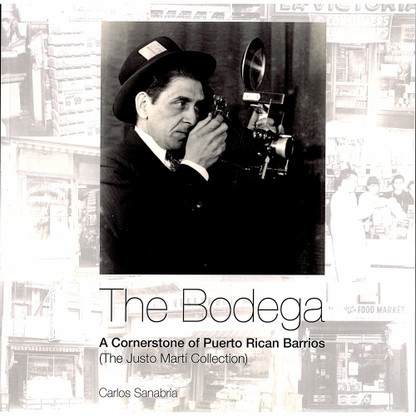 The Bodega: A Cornerstone of Puerto Rican Barrios (The Justo Martí Collection)

The Bodega: A Cornerstone of Puerto Rican Barrios (The Justo Martí Collection)

From the 1940s to the 1970s bodegas, those ubiquitous corner-stores, in New York City’s barrios were more than places where Puerto Rican recent immigrants bought their groceries. As the photographs in this photo-essay book demonstrates, they were also anchors for the social and cultural life of neighborhoods. This photo book is based on a selection of bodega pictures taken by the well-known photographer of New York’s Latino life Justo Martí.