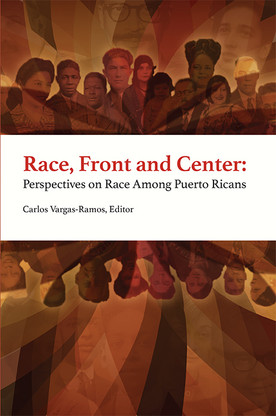 Race, Front and Center: Perspectives on Race among Puerto Ricans

Carlos Vargas-Ramos is a Research Associate at the Center for Puerto Rican Studies, Hunter College of the City University of New York.

Race, Front and Center, is a timely compilation of essays on the contradictory location of race in Puerto Rican culture, that were published during past two decades in the CENTRO Journal. The essays offer a broad range of topics, from the aesthetics of race, gender and sexuality, the language of race in everyday life, the racialization of space, and the elusive part played by race in the historical construction of the idea of the Puerto Rican nation. Scholars and students alike will welcome the addition of this volume to the bibliography of race and race relations among Puerto Ricans in the Island and the United States. Aarón G. Ramos, University of Puerto Rico—Río Piedras.