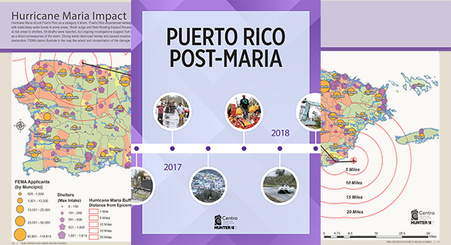 Hurricane Maria was the worst storm to hit Puerto Rico since San Felipe Segundo in 1928. On September 20, 2017, Hurricane Maria struck Puerto Rico as a Category 4 storm, with sustained winds blowing at 145 mph and peaking at 155 mph as it made landfall. Researchers from the Climate Impact Lab described the storm as a 1-in-3,000 event, which is reflected in the severity of the potential long-term economic impact.