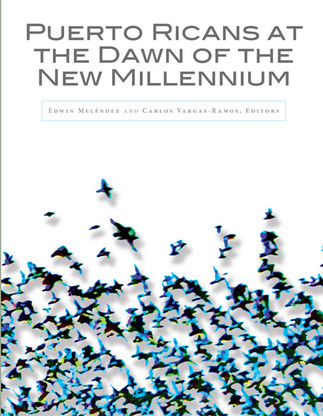 Puerto Ricans at the Dawn of the New Millennium

Puerto Ricans at the Dawn of the New Millennium

The demographic and socio-economic profile of Puerto Ricans has changed dramatically, even in the short span of years since the advent of the 21st century. Consider that in 2003 there were 3.8 million stateside Puerto Ricans and 3.8 million residing in Puerto Rico itself. By 2012, the most recent year for which data is available, the numbers were 4.97 million living stateside and 3.52 million in Puerto Rico. The migration wave of the past decade rivals the magnitude of what is known in the literature as the Great Migration of the 1950s.

Among Puerto Ricans on the mainland, a significant change in population settlement and dispersion has transpired. During the decade, over a million Puerto Ricans migrated across state lines, a rate of mobility far exceeding that of the U.S. population as a whole or of any other major ethnic group. Florida is on its way to eclipsing New York State as the major stateside location of Puerto Ricans.

A Brief Look at Internal Migration of Puerto Ricans in the United States: 2001-2011
Juan C. García-Ellín

Patterns of Puerto Rican Settlement and Segregation in the United States, 1990-2010
Carlos Vargas-Ramos

The Asset Profile of Puerto Ricans and Other Latinos After the Great Recession: 2008-2010
Kurt Birson, Ramón Borges-Méndez and Kofi Ampaabeng